The Result Following a Scheme is a Battlefield

The club went to a trip to the beach. All of them had a quality time as a club. Chiwa, Ai, and Hime decided to have a key chain or a cellphone strap as a uniform or thing that symbolizes their club. This action made Masuzu realize that they are not like her. She also told Eita that she would not win the contest and thanks him for everything and she also told Eita that she would set him free after the contest. In the end of the episode, Eita got ran over accidentally by Mana. They have a short conversation and Mana realizes that Eita likes Masuzu and thanks him for that. Eita asks her if who could stand being with a liar, Mana hints him that only her accomplice would be able to that. 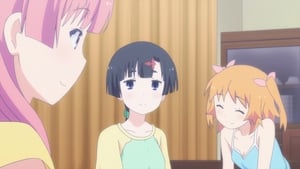 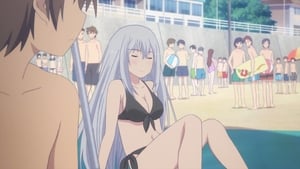